What is a MUD?

Harris County MUD 450 (the “MUD”) is a political subdivision of the State of Texas, similar to the City of Houston and Harris County. It has limited governmental functions, related to the provision of water, wastewater, drainage and recreational services.

The MUD does not own or operate the water and sewer lines, or bill and collect for water or sewer services, which are the functions of the City of Houston. Water leaks and other maintenance are the responsibility of the City. The MUD does not currently maintain the roads or walls, and does not deal with garbage, streetlights.

The District is a political subdivision of the State of Texas, created by order of the Texas Commission on Environmental Quality (“TCEQ”), on February 13, 2007, and operates pursuant to Chapters 49 and 54 of the Texas Water Code, as amended. The District contains approximately 337 acres of land and is awaiting consent from the City of Houston to annex approximately 61 acres of land within its boundaries.

The District generally meets on the second Monday of the month at 10:00 a.m. at the offices of Allen Boone Humphries Robinson LLP, 3200 Southwest Freeway, Houston, Texas 77027. 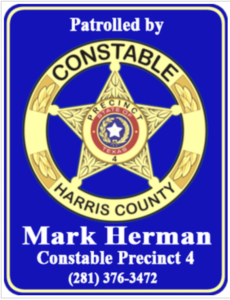 For persons with questions or needing help regarding website accessibility, or to request the provided information in alternative formats, please call (713) 860-6400.